Gundagai is a small town situated 390 kilometres south-west of Sydney’s city centre. The town of Gundagai houses only a few thousand residents, but has come a popular destination and topic for writers as many consider it to encompass the qualities of a typical Australian Outback town. The Gundagai area has for many years been home to the indigenous people of the Wiradjuri clan, and many of the red gums in the area still bear the marks of these indigenous people’s history. The first Europeans settled in the area in around the 1820’s.

The town of Gundagai’s features in Australian history include presence in many native songs and poetry which mention the town. These include the works of Banjo Patterson, who regularly visited Gundagai.

Gundagai Racing and the Gundagai Cup

Gundagai is home to a few country horse racing events which are held on an annual basis. The Gundagai Racecourse and the Gundagai Racing Club were founded over 150 years ago, and this club was joined with the Adelong Race Club in the early 1970’s to create the current Gundagai Adelong Racing Club. The Gundagai racecourse hosts events like the Gundagai Cup and the famous Snake Gully Cup, as well as a New Years Day racing event. The club is surrounded by a large portion of shaded ground, and the bookmakers office is covered and paved. The club also offers other facilities to  players, like a grandstand for racing spectators, a club house and the Gundagai Racing Track.

The Gundagai race track has a total circumference of 1,900 metres, and contains a home straight of about 300 metres in length. This race track has held many Gundagai Cup and Snake Gully Cup races in its time, as well as many other country races and that should have been researched by punters to do well while making horse bets. 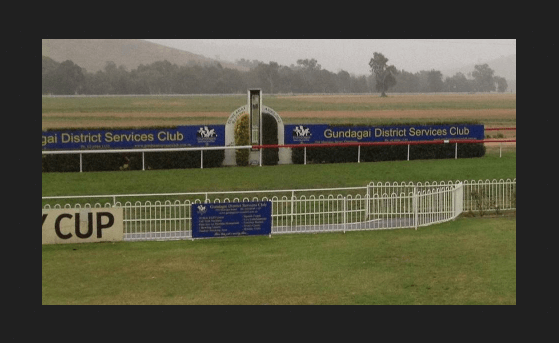