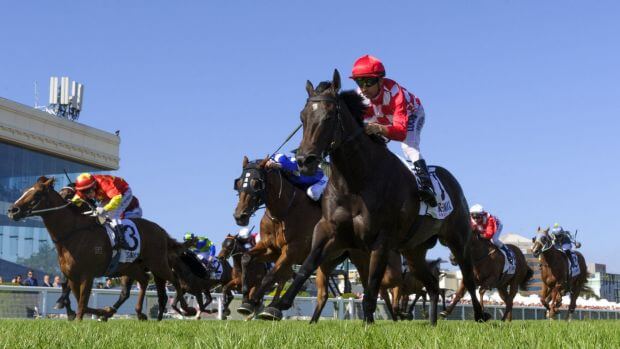 The Oakleigh Plate is featured as part of the autumn season of races held down in Melbourne Australia at the Caulfield race track. This is a Group 1 race that opens the field to 3-year-old horses and older and has an impressive $500,000 purse. This prestigious race always features some big names for this division and is said to be more suitable for lighter runners, so the punters are bound to have a field day.

In the last 10 years only 20% of Oakleigh Plate favourites have won and 60% of favourites have failed to place. Make of these stats what you will, but either way its clear to see that bettors are in for a sprinter’s paradise year after year.

The open handicap of this event in combination with its distance of 1100m seems to suit the stallions with some notable examples such as Schnitzel in 2006 and Fastnet Rock in 2005 having run to victory. In addition to these stats we see that the event has only ever seen 4 horses carry more than 55.5kg to a win in the last 3 decades, those being the 2016 winner Flamberge, Eagle Falls in 2011, Undue in 2007 and the aforementioned Fastnet Rock in 2005.

From the time the first race was run in 1884 to today, the Oakleigh Plate has always attracted a huge amount of attention, and it remains a highlight of the calendar for so many people. Every year, as the gates open, the thundering of hooves sounds out across the Caulfield Racecourse and punters hold on tightly to their betting slips in the hope that they have picked a winner.

The Oakleigh Plate forms part of the Melbourne Autumn Carnival, and this event really is a fun-filled happening. Aside from the horse races, there are activities for young and old to enjoy, live music and parties that go on late into the night.

As with most horse racing events fashion plays a big role, and spectators are always dressed to the nines, with several different competitions being run for the best dressed in different categories. Australian’s flock to the Oakleigh Plate as it rounds off the summer season and as we head in to winter, racing becomes less of an attractive spectator sport, and more one that’s better watched at home, on TV!

One thing is for certain and that is that punters who fail to take advantage of this action packed event are sure to be kicking themselves for the remainder of the year as the action at horse betting sites to be explosive on this short run.

The 1100m start is a moderately straight run with a single sloping bend towards the final turn. The barrier stats appear to bare little consequence to the race as the figures are spread quite evenly with barriers 6 and 10 sharing the top position 4 times each in 34 races. It appears as though the straight is the real decider here, which lets those with more stamina push through right at the end.