While not regarded as a sport by some, snooker is certainly one of the most popular spectator and betting sports anywhere in the world. The skill and concentration required by players to win successive games is awe inspiring.

In the world of professional snooker, the ultimate snooker tournament is the Snooker World Championships. Held each year, the World Champs sees competitors from all over the globe coming together to compete for the title of World Champ and a significant cash prize.

The Origins of the World Champs

The first Snooker World Championships were held in 1927. Back then the tournament was called the Professional Snooker Championship. Ten professional players entered the tournament including many of the leading billiard players. The draw for the tournament was made at the start of the season and players had to make their own arrangement about the dates and venue for the matchup. All matches were 15 frames with the semi-finals were played over 23 frames and the final over 31 frames. Snooker was played as an added event along with billiards. The prize money was not in any way significant with players competing for the title alone.

The main format for the Snooker World Championships has been unchanged since 1982. In total 32 players compete in a knock-out format over a period of 17 days ending on the first Monday in May. The event is held at the Crucible Theatre in Sheffield England with players flying in from all over the world. After the knock-out rounds, 16 of the players reach the finals. The reigning World Champ automatically receives and entry into the competition and is seeded as number 1. All the other entrants in the tournament are seeded according to world rankings. 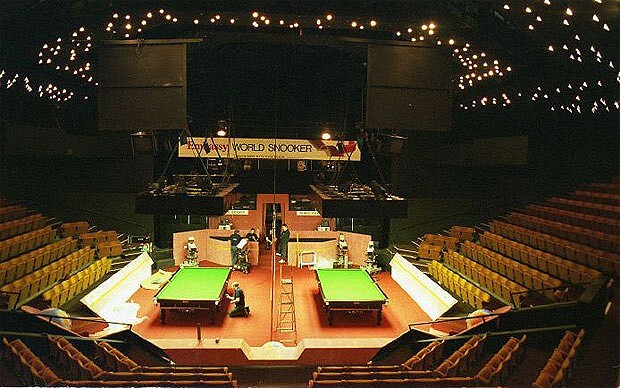 The first round of the Snooker World Championships is played over 19 frames with a total of 2 sessions. The second round as well as the quarter finals are played as the best of 25 frames over 3 sessions. The semi-final is played over 33 frames and the final over 35 frames. Because of time constraints, two matches are played concurrently for the first 10 days of the tournament. From the semi-finals onward, one table is used.

The Snooker World Championships offers a number of betting opportunities for online bettors. The most popular bet is the outright winner. This is a bet on which player will be crowned World Champ. Bettors can also place wagers on which two players will meet in the final. For more experienced bettors, wagers can be placed on which players will go through to the semi-finals as well as the finals.

Each game offers a whole host of exotic bets that can be placed throughout the competition. These include esports betting Australia bets on which player will win the first frame, which player will make the perfect break and which player will clear a frame in the fastest time. Bets can also be placed on how many frames will be played in total as well as bets on if a particular player will snooker the other player first.