A Big Hand for the Little Lady is a classic western story that all western fans will watch many times. It is a Warner Bros movie, released in 1966 in Technicolour, from a screenplay adapted from a TV play.  In the United Kingdom it was released under the name of Big Deal at Dodge City.

A Poker Game of the Old West

A Big Hand for the Little Lady starred many big names of the period like Joanne Woodward, Henry Fonda and Jason Robards. The story of A Big Hand for the little Lady is a big poker game of the Old West, played in the back room of a cattlemen’s saloon. Five rich men gather in Laredo for their annual high stakes poker game. Nothing is allowed to get in the way of their yearly match. Even lawyers in the middle of a court case, or weddings, all have to be postponed while the gamblers are meeting in Sam’s saloon, and the curious gather outside for any reports.

Meredith (Henry Fonda) and his wife Mary (Joanne Woodward), with their young son Jackie are passing through on their way to purchase a farm nearby, when a wheel on their wagon breaks. They wait at Sam’s while the local blacksmith repairs it. Meredith is a recovering gambler, but he cannot resist the lure of the big game taking place in the next room. One of the gamblers, Otto, sees Mary and is very attracted. He allows Meredith to watch the game if Mary accompanies him. Meredith ends up buying into the game, and eventually stakes all the family’s money intended for the purchase of the farm.

The pot increases in value, until Meredith cannot keep up, and collapses under the strain. The town doctor is called, and Meredith, barely conscious, calls for his wife to finish the hand in his place. Mary tells them she is not sure how to play the game, and leaves to borrow additional funds. She talks to the owner of the bank across the street, C.P. Ballinger, and returns with a loan. The other players are aware of Ballinger’s tightfistedness, and assume that the hand Mary showed him as security must be unbeatable. They all fold, Mary collects her huge winnings, and pays Ballinger back. No one sees the winning hand. 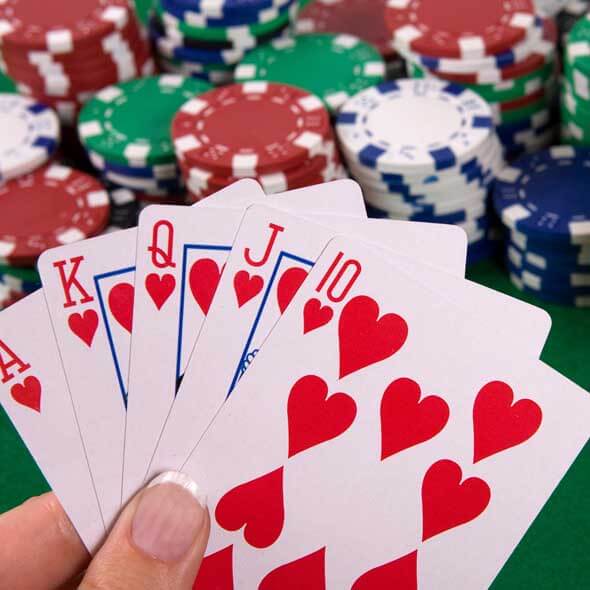 A Surprising Turn of Events

Of course, it turns out that Meredith, Mary and Jackie are confidence tricksters and expert card sharps. Mary is Ballinger’s girlfriend, and the whole operation was all a scam. A Big Hand for the Little Lady ends with Mary starting another game of poker.

There Are Many Stories and Movies about Poker

Poli poker has inspired many stories and movies in all countries over the years. Starting as far back as 1890, and the very early beginnings of the cinema industry, poker has been the subject of entertainment and great interest. These days, with the great advance in technology, there are sites on the internet where people can watch poker tournaments, and even informative videos teaching people how to play and enjoy the game of poker.

A Big Hand for the little Lady received many good reviews, and they agree that a foxier bunch of artful poker rascals would be hard to find, and that it was a pleasure to watch real film professionals and superior acting. Joanne Woodward was nominated for the Golden Laurel Award for comedy performances.